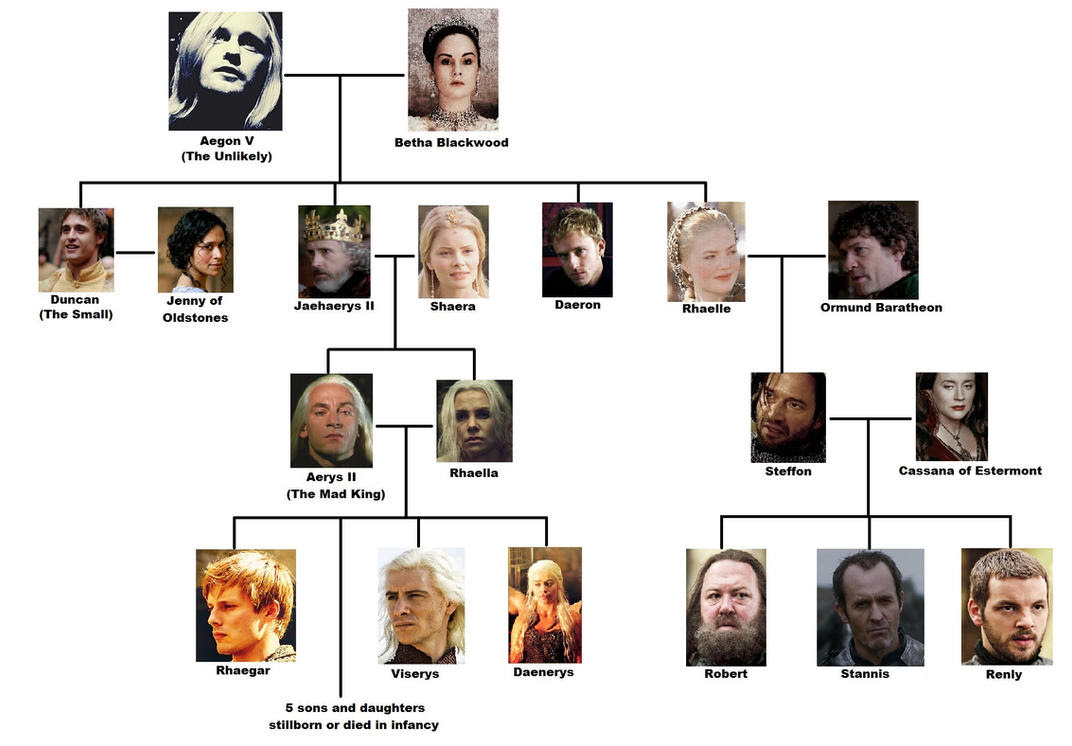 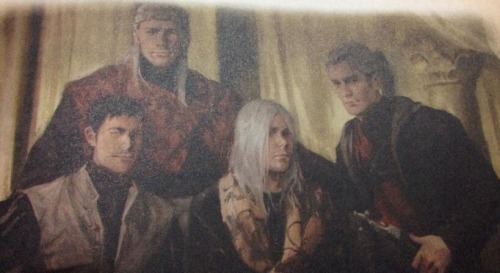 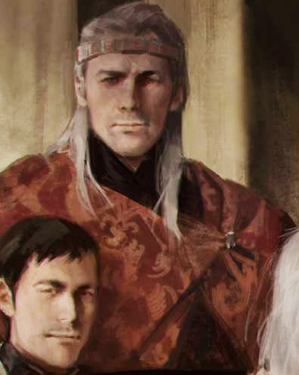 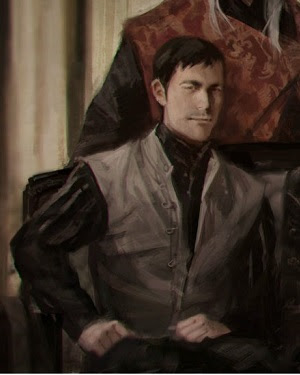 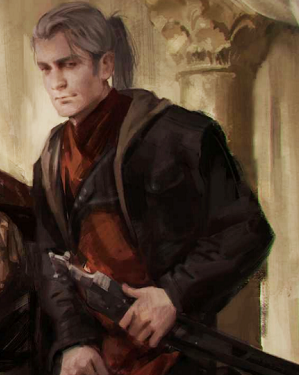 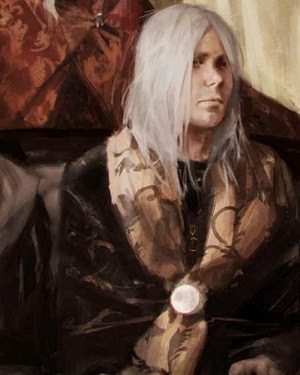 Melissa was the 6th mistress of King Aegon IV Targaryen (the Unworthy), replacing Lady Barba Bracken, who had been sent from court in disgrace. Over her 5 years as Aegon's mistress, Melissa gave birth to 2 girls and a boy, Brynden Rivers, who would maintain close relations at court due to the fact that his mother had been well loved during her time there, even after her dismissal.

In response to Aegon taking Melissa for a mistress, Lord Bracken and his daughter Barba groomed his younger daughter Bethany to replace Melissa. In 177 AC, King Aegon visited them to see his bastard son by Barba, Aegor Rivers, and Bethany caught his eye and returned with him to King's Landing.

Bloodraven and Bittersteel's rivalry ran deep. It didn't help that both were madly in love with Shiera Seastar, the last of the Great Bastards, renowned Targaryen beauty and seductress, a great reader who spoke many languages and practiced the dark arts. 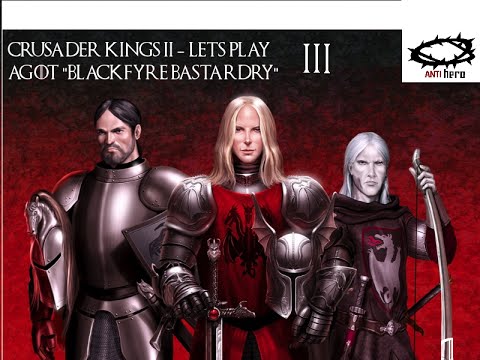 Bittersteel at the Redgrass Field, by Michael Hallstein.

Bittersteel sided with Daemon Blackfyre in the First Blackfyre Rebellion, commanding the right of Daemon's host during the Battle of the Redgrass Field. Upon Daemon's death, he rallied his troops and charged Bloodraven's archers, the Raven's Teeth, taking out his half-brother's eye in the process.

At the end of the rebellion, having recovered Blackfyre, the Targaryen family sword, Bittersteel fled Westeros with Daemon's remaining sons to the Free City of Tyrosh, where he joined the Second Sons, a sellsword company, for a year.

He then founded the Golden Company, the largest, most famous and most expensive mercenary company in the Free Cities. Despite the notorious unreliability of sellswords, the Golden Company was reputed to have never broken a contract. Their motto was "Our word is good as gold", while their war cry, "Beneath the gold, the bitter steel", pays homage to their founder.

Lord Commander Brynden Rivers by Michael Hallstein.
First portrait I've ever seen of Bloodraven as LC of the Night's Watch.

Brynden was the bastard son of King Aegon IV Targaryen, and had.a sinister reputation as a sorcerer and spymaster who effectively ruled the kingdom "with spies and spells". A popular riddle asked was, "How many eyes does Lord Bloodraven have? A thousand eyes, and one"

Brynden was an albino, with milk white skin, long white hair, and red eyes. On the right side of his face he had a red winestain birthmark that extended from his throat up to his right cheek from which he earned his name "bloodraven", as the birth mark was said to look somewhat like a raven drawn in blood.

Brynden lost an eye during the First Blackfyre Rebellion and rarely covered the empty socket with a patch or with his hair brushed forward, prefering to display his scar and empty socket to the world.

When Maester Aemon sailed for the Wall in 233AC, he was escorted by King Aegon V's friend Ser Duncan the Tall of the Kingsguard, accompanied by an "honor guard" of recruits for the Night's Watch, and Brynden Rivers was among them.
Brynden rose to the position of Lord Commander of the Night's Watch in 239 AC. However, he disappeared while ranging beyond the Wall 13 years later.

Back to the "present", Brynden is still alive as the three-eyed crow who haunts Bran's dreams, the last greenseer living with children of the forest in a cave beyond the Wall.

He's now a pale, skeletal man in rotted, black clothing in a weirwood throne of tangled roots. His fine, white hair is long enough to reach the earthen floor. Weirwood roots surround the man and grow through his body, including his leg and his empty eye socket.
His voice has become slow and dry, as if he forgot how to speak. 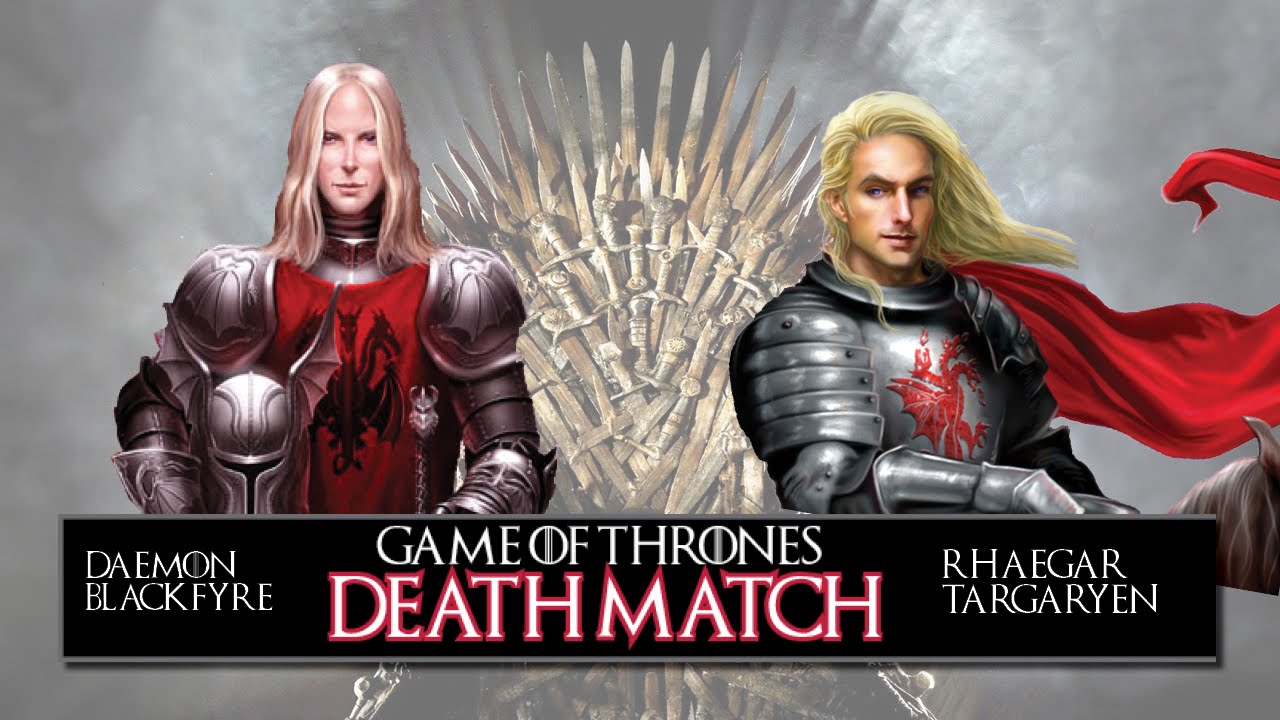 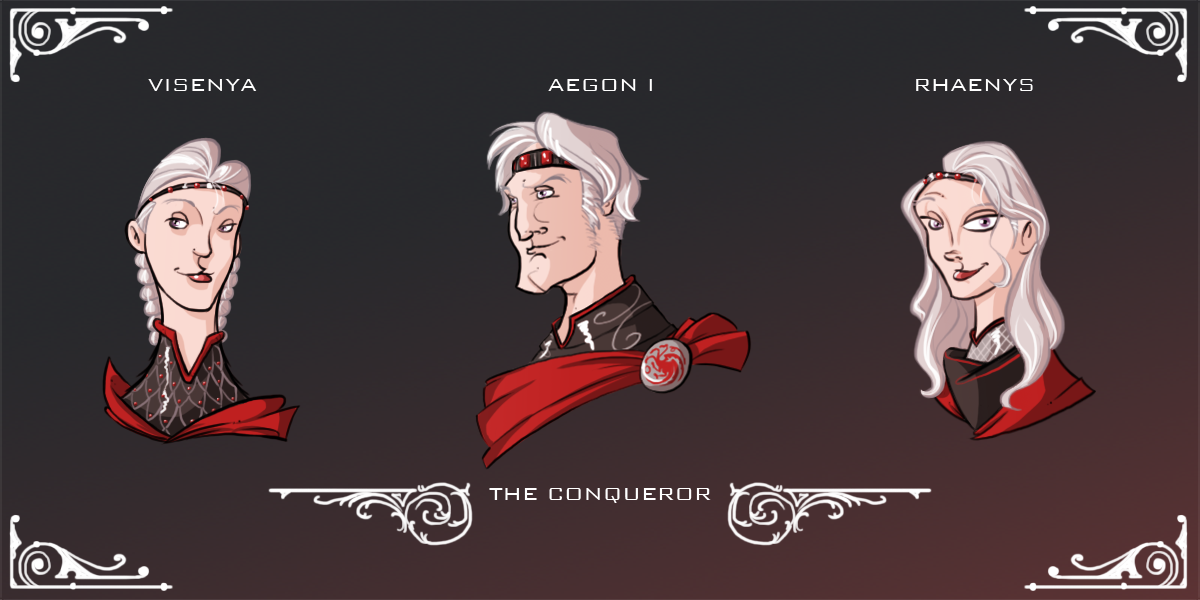 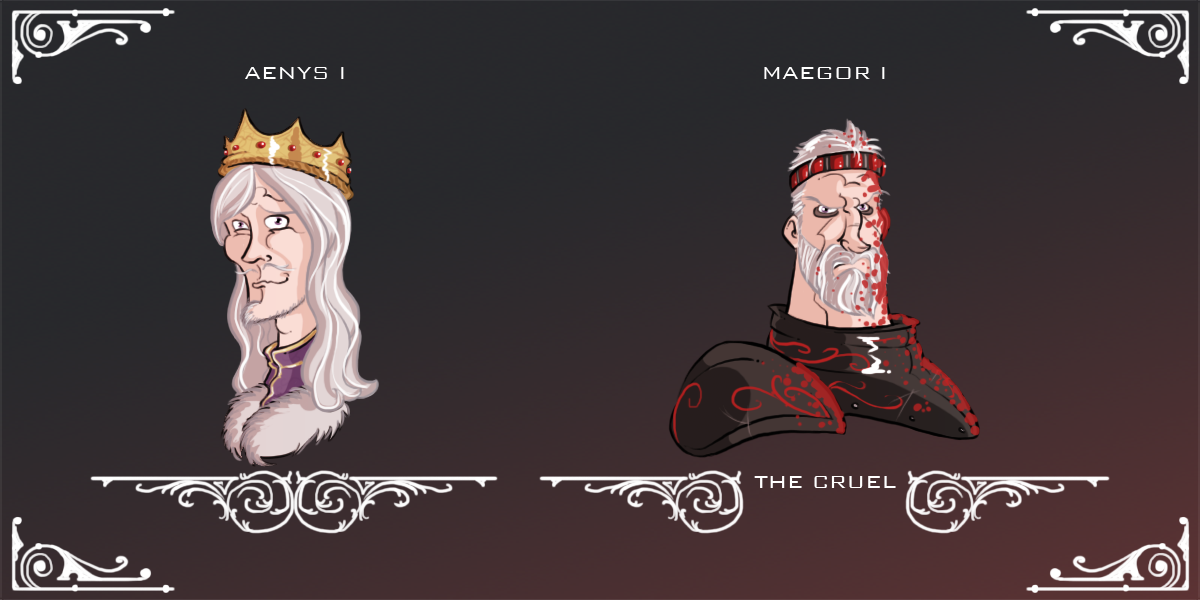 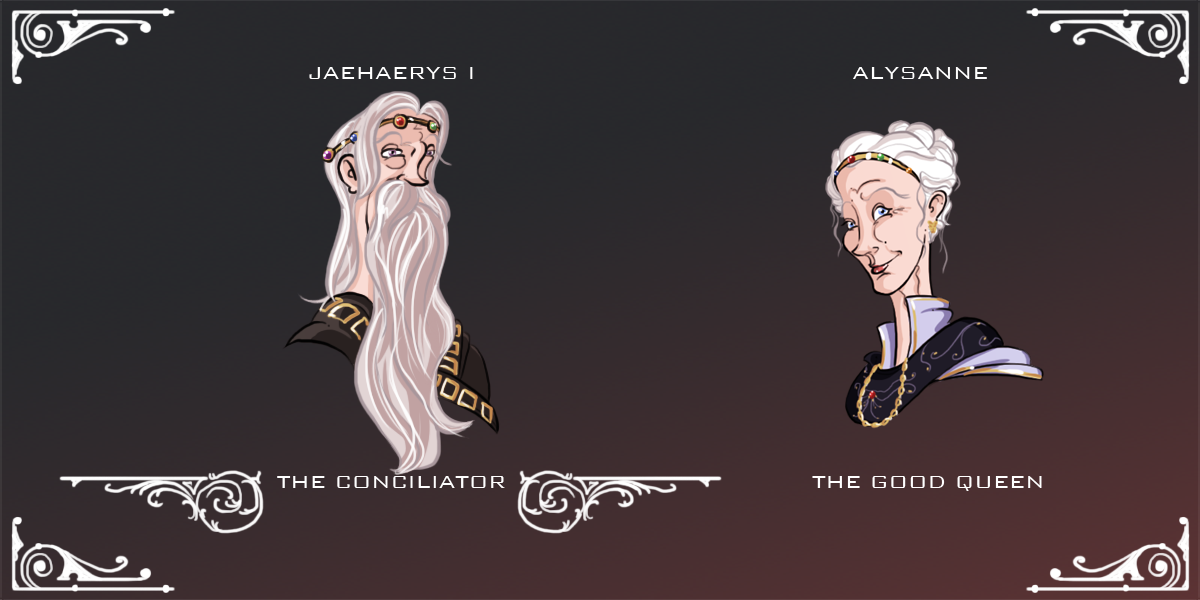 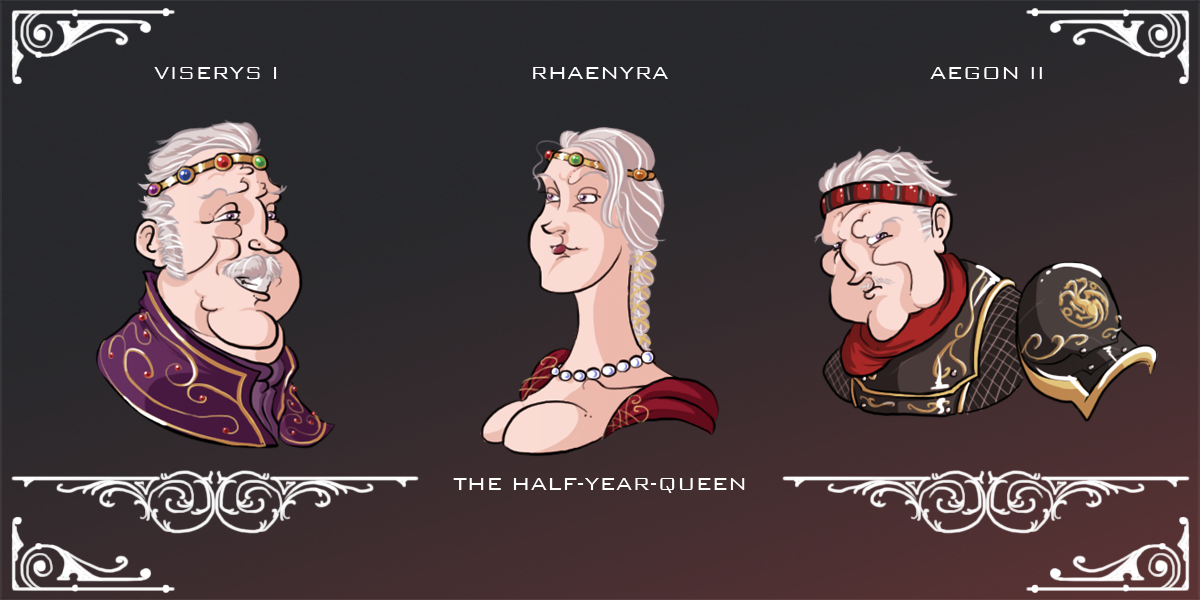 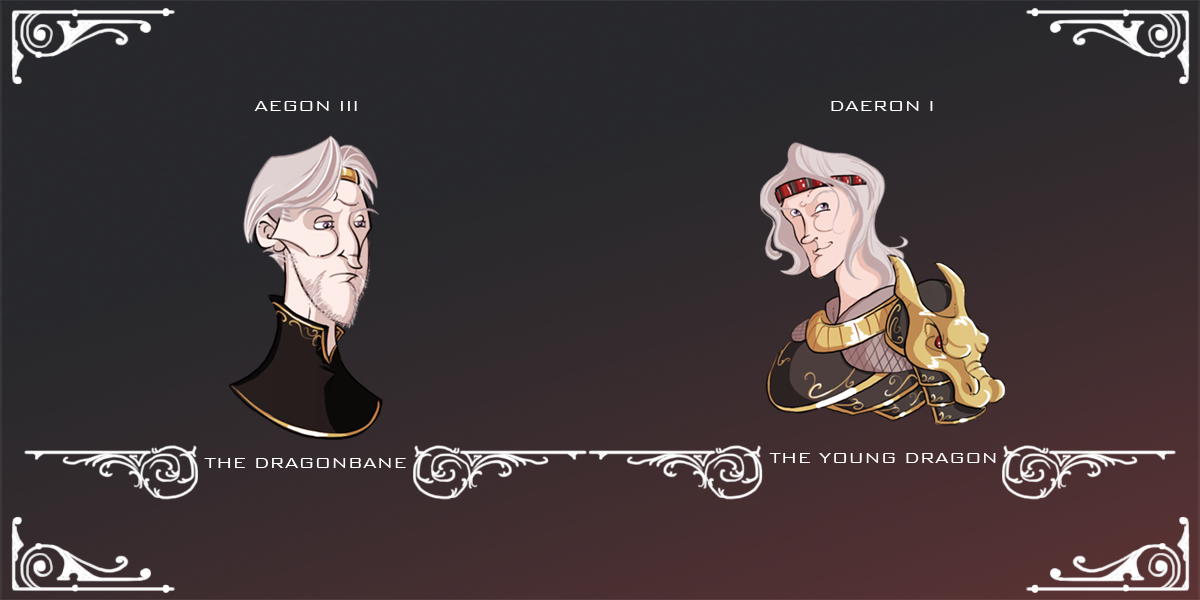 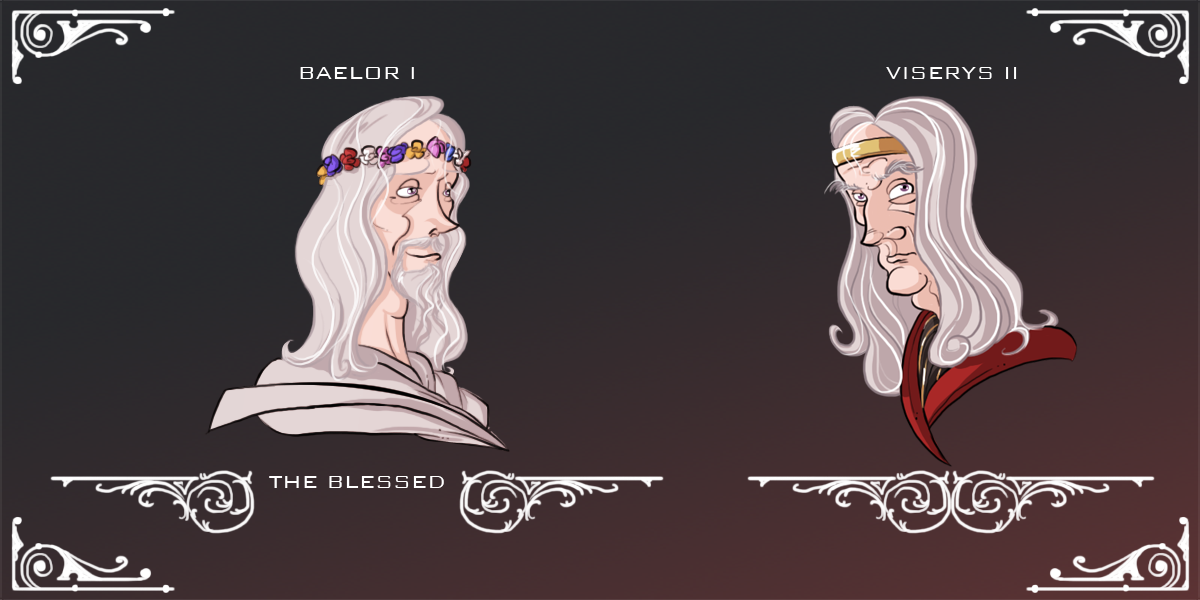 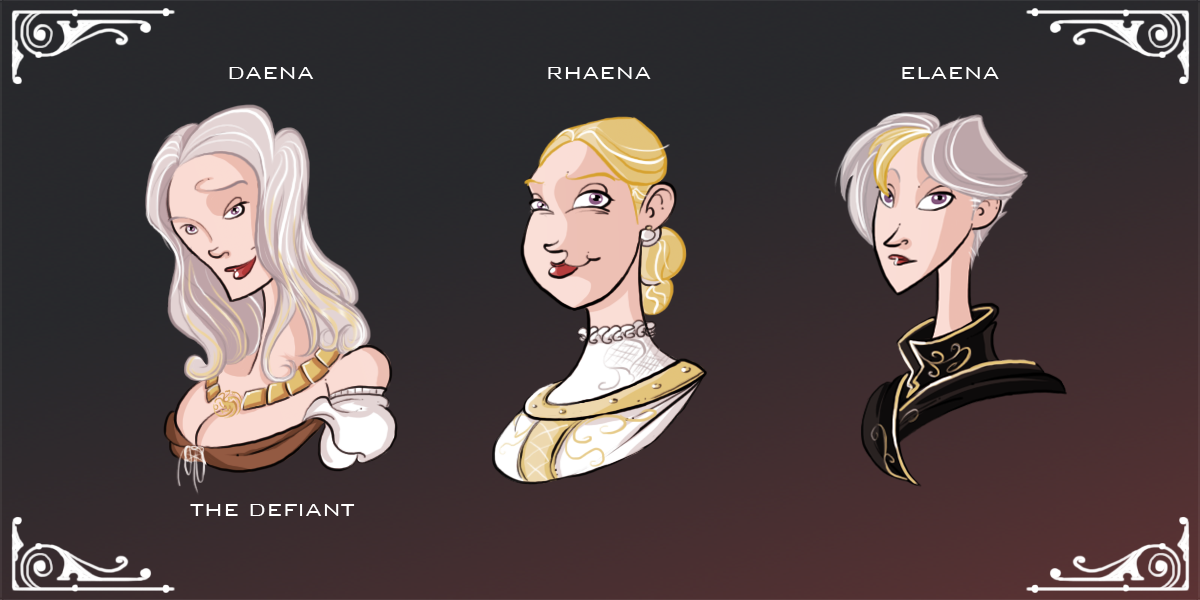 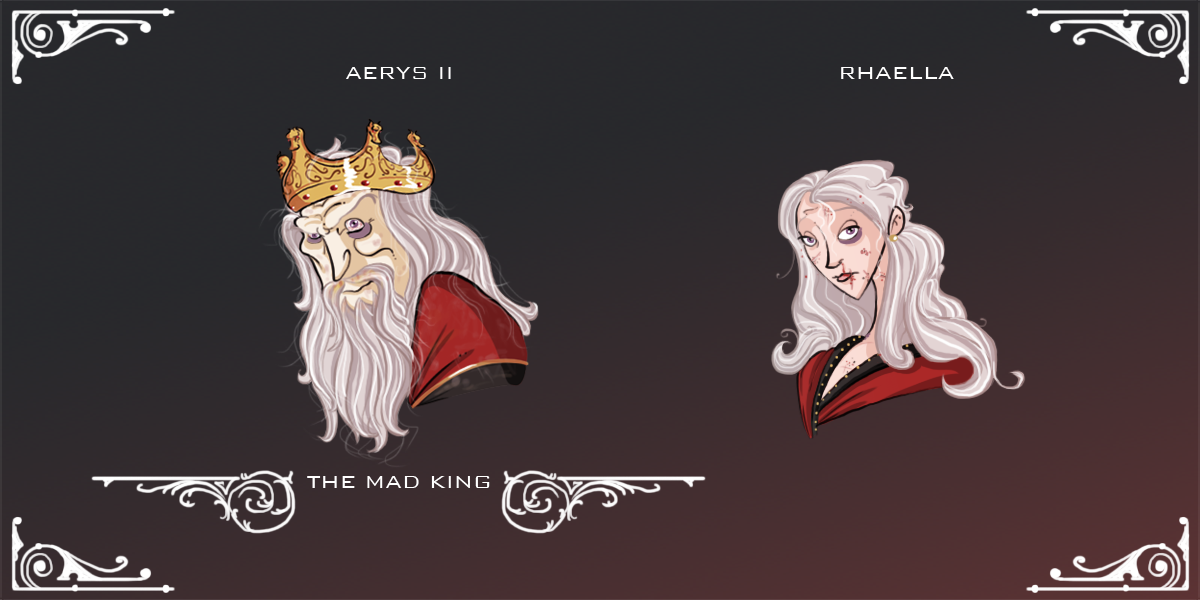 The Coronation of Cersei Lannister, First of her Name, Queen of the Andals and the First Men, Protector of the Seven Kindoms and Warden of the Realm 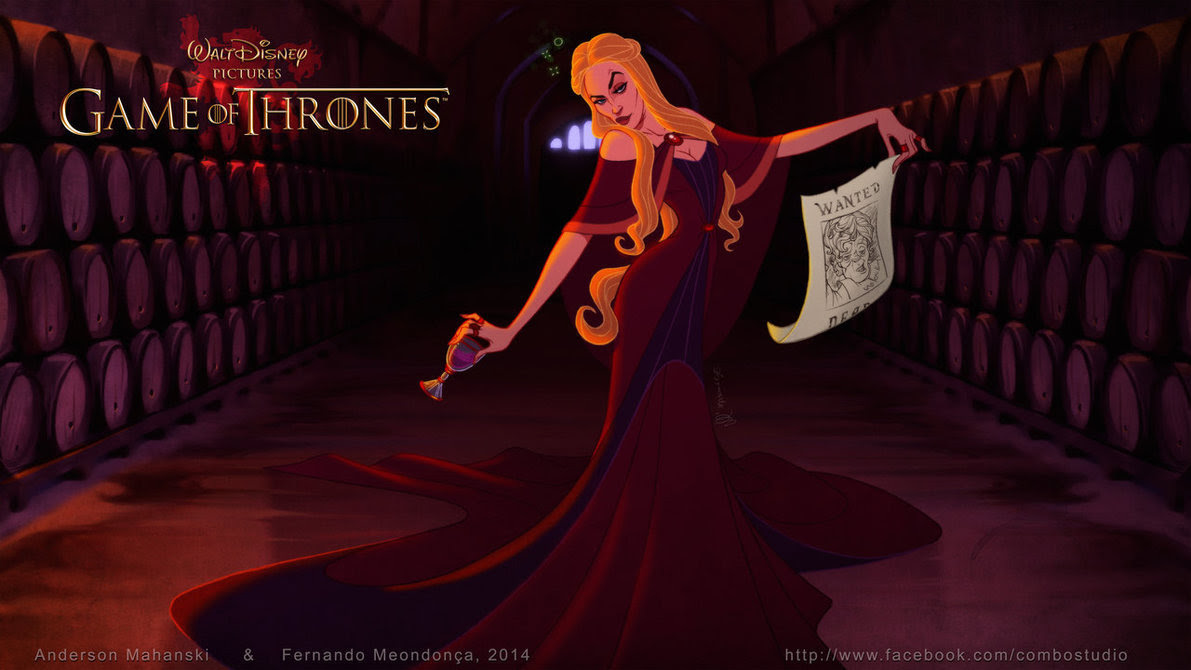