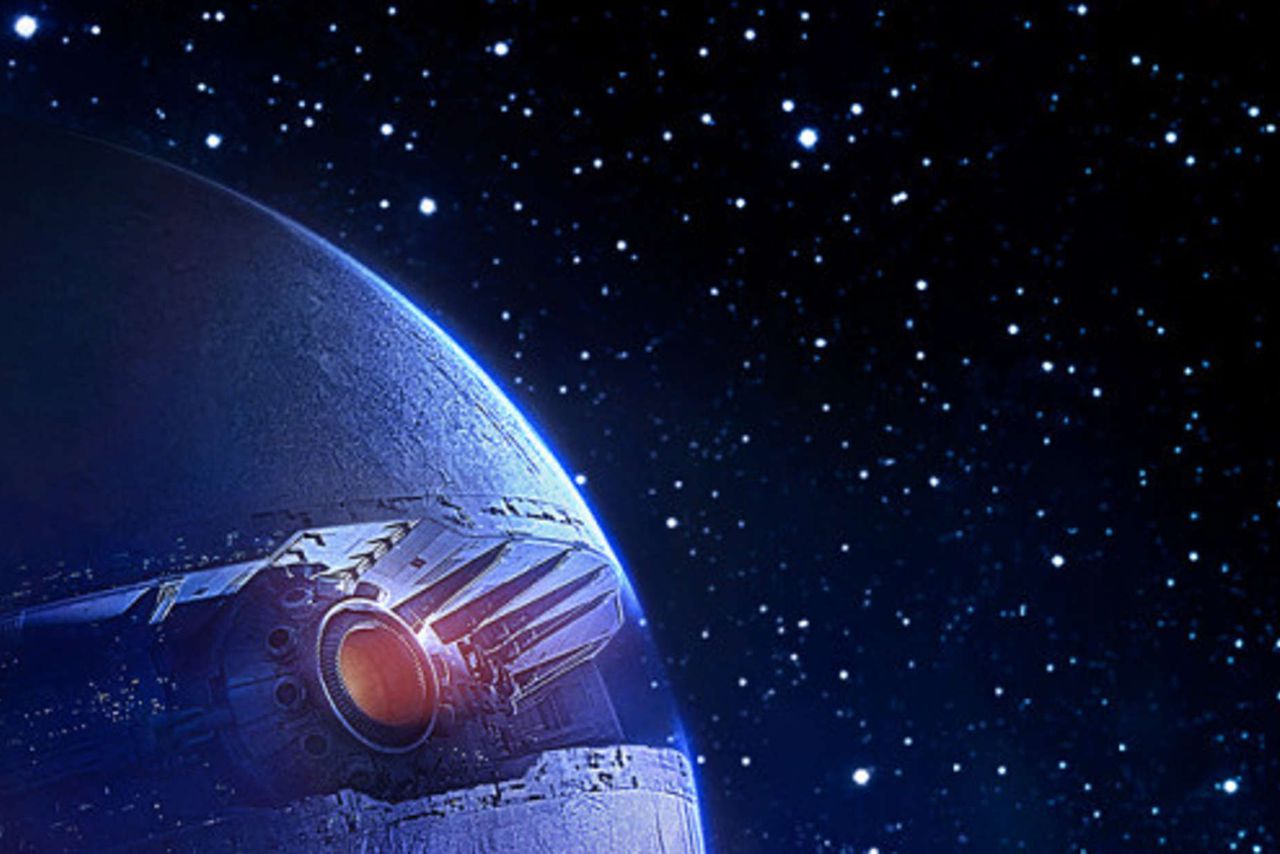 
"This fierce machine which you have built, to which you have dedicated your lives and labor and upon which we now stand, will bring a final end to the worthless Senate and its dithering members. To their cherished fleet. When this day is done, all the remaining systems in their hundreds will bow to the dictates of the First Order. And all will remember this as the last day of the last Republic!"
―General Hux[src]
Starkiller Base was a mobile ice planet that was located in the Unknown Regions that served as a stronghold of the First Order three decades after the Battle of Endor. The base was commanded by General Hux and was armed with a superweapon capable of destroying entire star systems halfway across the galaxy, which the First Order viewed as an evolution of the planet-destroying capabilities of the Galactic Empire's Death Star designs. It was destroyed by a Resistance attack, due to a weak point which was damaged by pilot Poe Dameron, causing the implosion of the entire planet thirty seconds before the superweapon fired. The stored stellar energy caused the planet to ignite after its implosion, turning it into a star.

Starkiller Base was a mobile[3] ice planet[5] (with limited tree cover) located in the Unknown Regions.[1] The First Order, a junta that believed themselves to be the successors to the ideals of the Galactic Empire,[6] converted the planet into a base of operations and armed it with a superweapon capable of destroying entire star systems.[5] The superweapon used stars as a power source via a method which cut off starlight from the surface, and would move on to a new star system after depleting a particular star.[7] The base had a sanitation section where once-stormtrooper Finn worked.

The weapon ran on a type of dark energy called "quintessence", which was ubiquitous in the universe, and offered a practically unlimited power source to the First Order. Using a star as a power source, an array of collectors on one side of the planet would gather dark energy in stages, redirecting it to the planetary core, where it was held in place by the natural magnetic field of the planet, as well as an artificial containment field maintained by the machinery the First Order had installed within the crust. As the planetary magnetic field would not be enough to contain the amount of energy that the weapon required, a thermal oscillator[4] was built into the planet. It generated an oscillating containment field which allowed the installation to expend considerably less energy at containing the dark energy than would be required using a steady containment field. A colossal hollow cylinder, large enough to dominate the view of the planet from orbit, penetrated the containment field to a predetermined distance, in order to direct the blast towards its target, and also to absorb its energy, which would otherwise cause catastrophic groundquakes. This design made the weapon vulnerable when it was fully charged, as the destruction of the containment field oscillator the moment before the weapon fired would release the accumulated energy not through the firing cylinder, but throughout the planetary core where it was being held, leading to the gradual collapse of the surface into the core.[2]
As Starkiller Base was charged through the power of stars, it gradually blocked out sunlight until, running at full capacity, it extinguished it completely, leaving the surface in darkness. In order for the weapon to fire, its weapons engineers would induce a breach in the containment field, allowing the collected dark energy to escape the core through the hollow cylinder opening on the antipodes of the planet relative to the stellar collector. During this process, the dark energy transformed to a state known as "phantom energy", and left the planet behind, tearing a hole through hyperspace along a perfectly linear path. The people stationed at the Base called the dimension through which the phantom energy beam traveled "sub-hyperspace", and this method of delivering the payload was near-instantaneous across vast distances. The rotation and inclination of the planet had to be taken into account for the weapon to target something, and also the lack of obstacles between it and the target, as the phantom energy beam would only be intercepted by an object of sufficient mass (like a planet). When the phantom energy struck a planet, the interaction produced enough heat to ignite the planet's core, creating a pocket nova. The space-time disruption caused by the phantom energy's passage would make the nova instantaneously visible thousands of light years away.[2]
Starkiller Base was protected by a planetary shield that was strong enough to deflect any bombardment,[8] and could not be penetrated by any ship travelling at sublight speeds.The shield had an exploitable flaw, however; a fractional refresh rate necessary for a shield of its size, which could be exploited by a single ship exiting hyperspace inside the shield, with barely a second to right itself before crashing on the planet's surface. The shield control was also localized, which meant that, in case it was disabled via malfunction or sabotage, the planet would be unprotected in the time it took technicians to arrive at shield control and put them back up. If shield control was damaged beyond repair, shield control had to be overridden, which was a time-consuming process. These flaws were utilized by the Resistance to destroy the Base. The Millennium Falcon entered the shield after traveling through hyperspace and crash landed on the edge of a cliff.
Pubblicato da Richard Oakgreat a 12:22 Nessun commento: 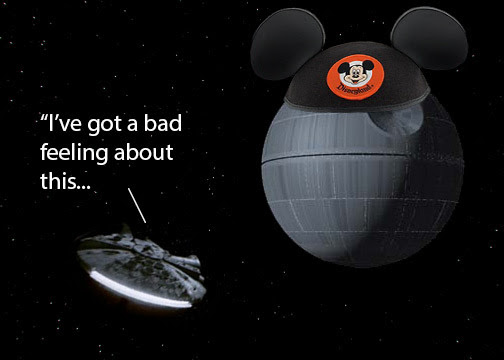