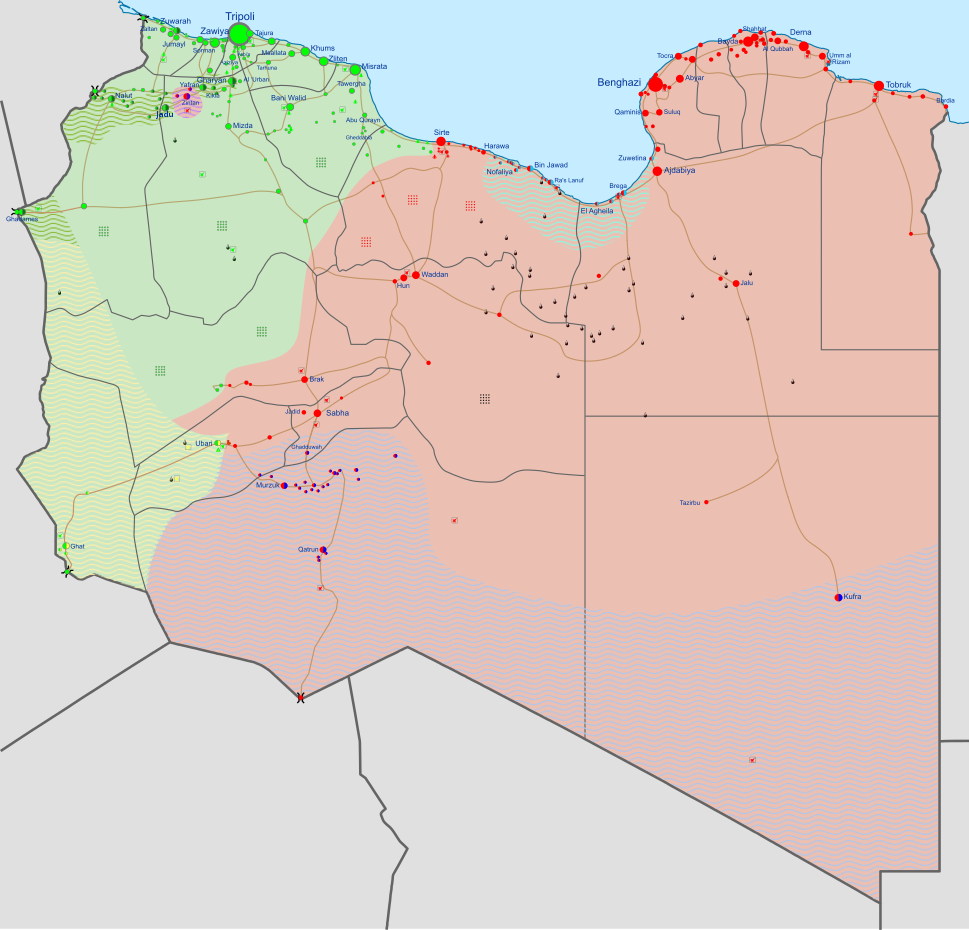 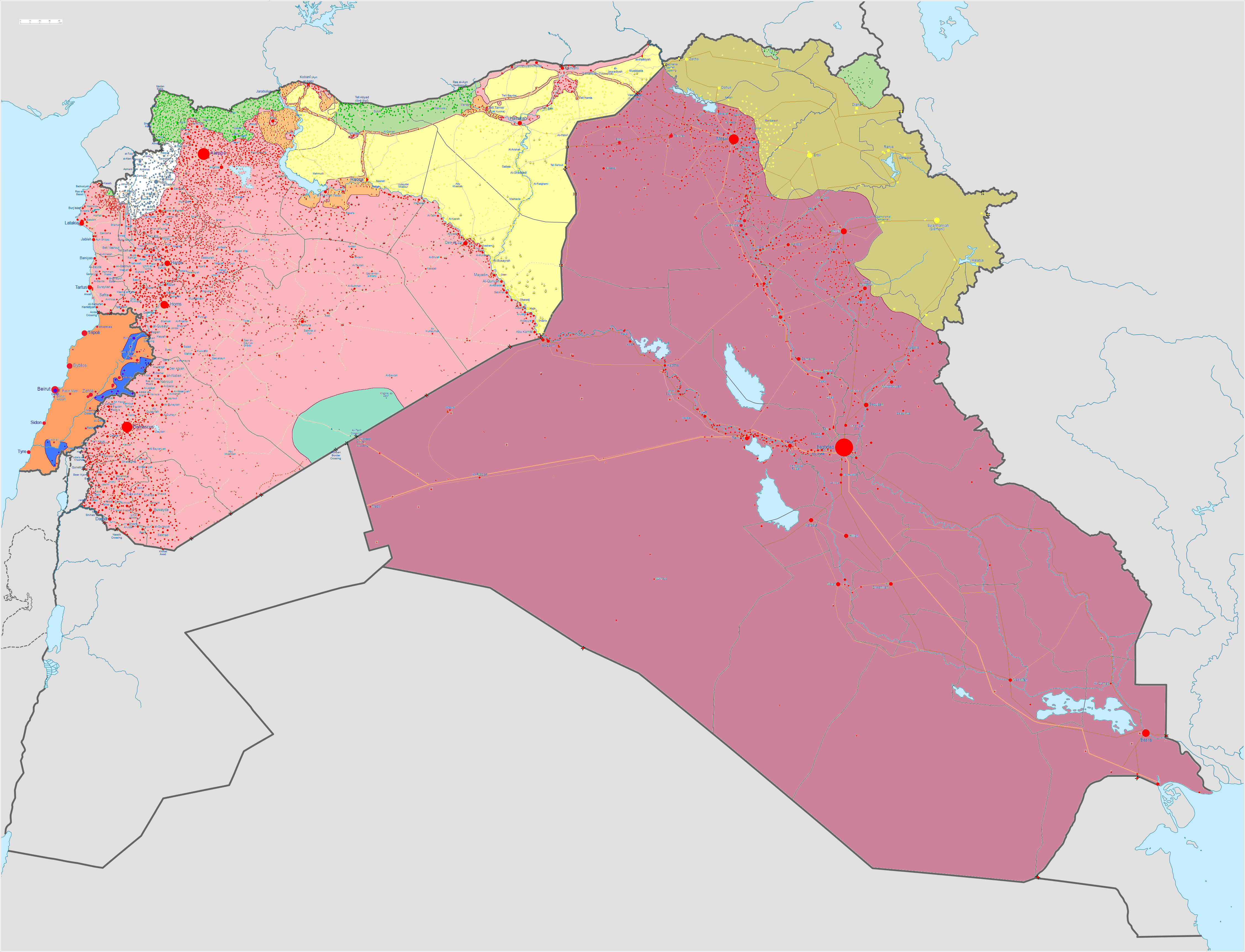 Military situation as of May 1, 2016, in theIraqi, Syrian, and Lebanese conflicts.