Waddesdon Manor is a country house in the village of Waddesdon, in Buckinghamshire, England. The house was built in the Neo-Renaissance style of a French château between 1874 and 1889 for Baron Ferdinand de Rothschild (1839–1898). Since this was the preferred style of the Rothschilds it became also known as the Goût Rothschild. The house, set in formal gardens and an English landscape park, was built on a barren hilltop overlooking Waddesdon village.
The last member of the Rothschild family to own Waddesdon was James de Rothschild. He bequeathed the house and its contents to the National Trust in 1957. Today, following an extensive restoration, it is administered by a Rothschild charitable trust that is overseen by Jacob Rothschild, 4th Baron Rothschild. In 2007–08 it was the National Trust's second most visited paid-entry property, with 386,544 visitors. 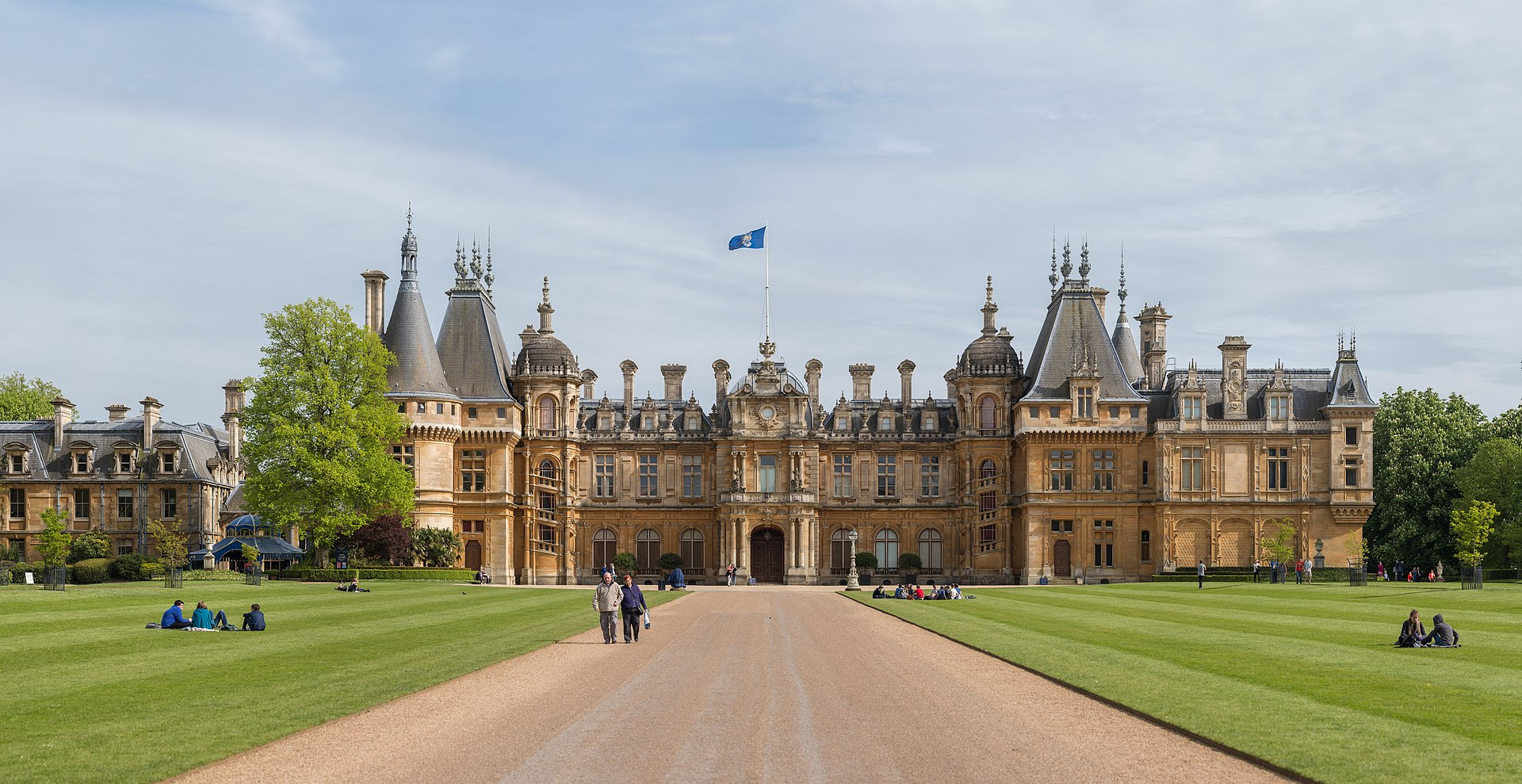 The Baron wanted a house in the style of the great Renaissance châteaux of the Loire Valley. The Baron, a member of the Viennese branch of the Rothschild banking dynasty, chose as his architect Gabriel-Hippolyte Destailleur.Destailleur was already experienced in working in this style, having overseen the restoration of many châteaux in that region, in particular that of the Château de Mouchy. Through Destailleur's vision, Waddesdon embodied an eclectic style based on the châteaux so admired by his patron, Baron Ferdinand. The towers at Waddesdon were based on those of the Château de Maintenon, and the twin staircase towers, on the north facade, were inspired by the staircase tower at the Château de Chambord. However, following the theme of unparalleled luxury at Waddesdon, the windows of the towers at Waddesdon were glazed, unlike those of the staircase at Chambord. They are also far more ornate.
The structural design of Waddesdon, however, was not all retrospective. Hidden from view were the most modern innovations of the late 19th century including a steel frame, which took the strain of walls on the upper floors, which consequently permitted the layout of these floors to differ completely from the lower floors. The house also had hot and cold running water in its bathrooms, central heating, and an electric bell system to summon the numerous servants. The building contractor was Edward Conder & Son.He inspired the architects to build the Château de Trévarez in France. 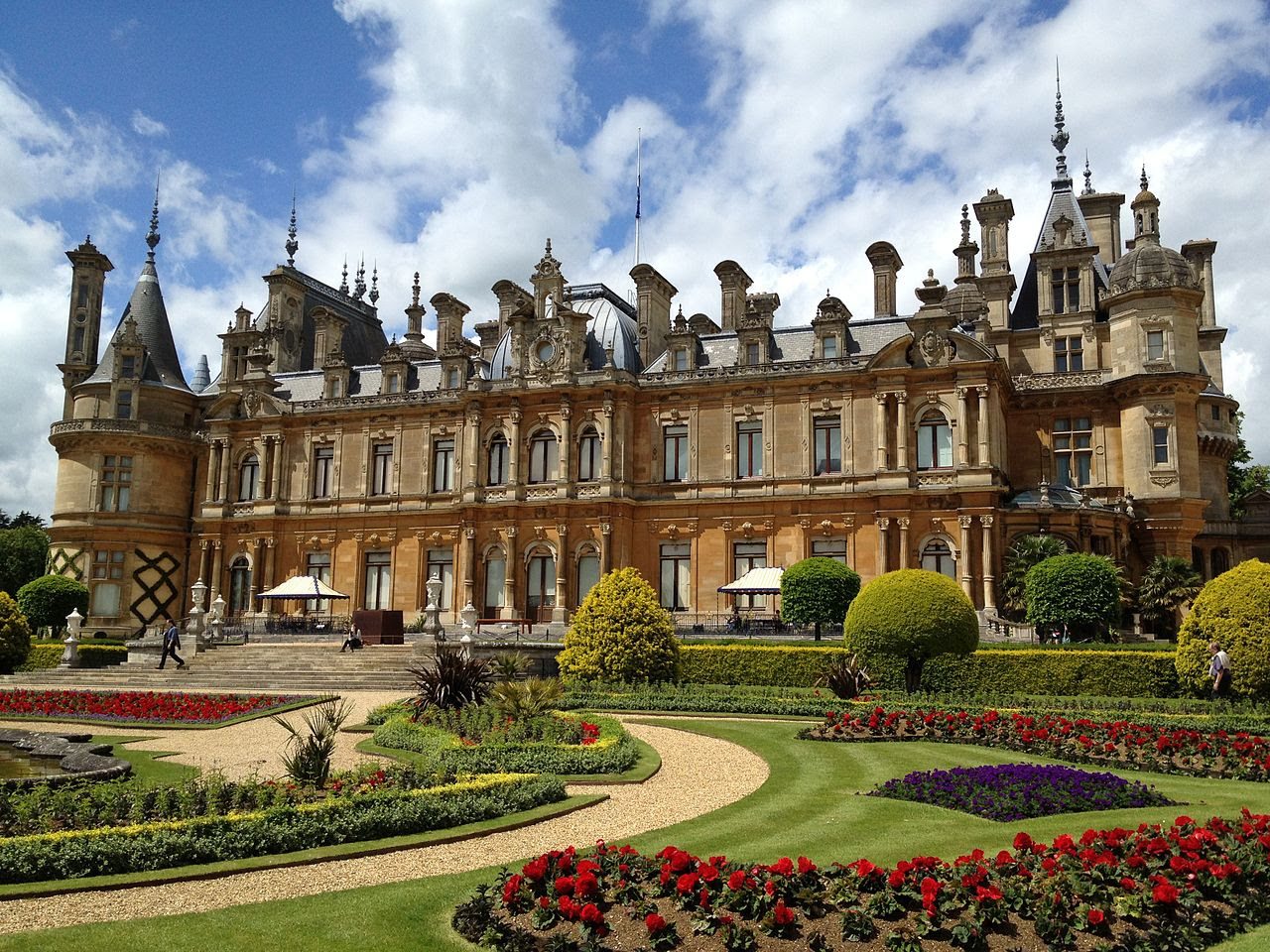 Once his château was complete, Baron Ferdinand installed his extensive collections of French 18th-century tapestries, boiseries, furniture and ceramics, English and Dutchpaintings and Renaissance works of art. Extensive landscaping was carried out and the gardens enhanced with statuary, pavilions and an aviary. The Proserpina fountain was brought to the manor at the end of the 19th century from the Palace of the Dukes of Parma in northern Italy: the Ducal Palace of Colorno. 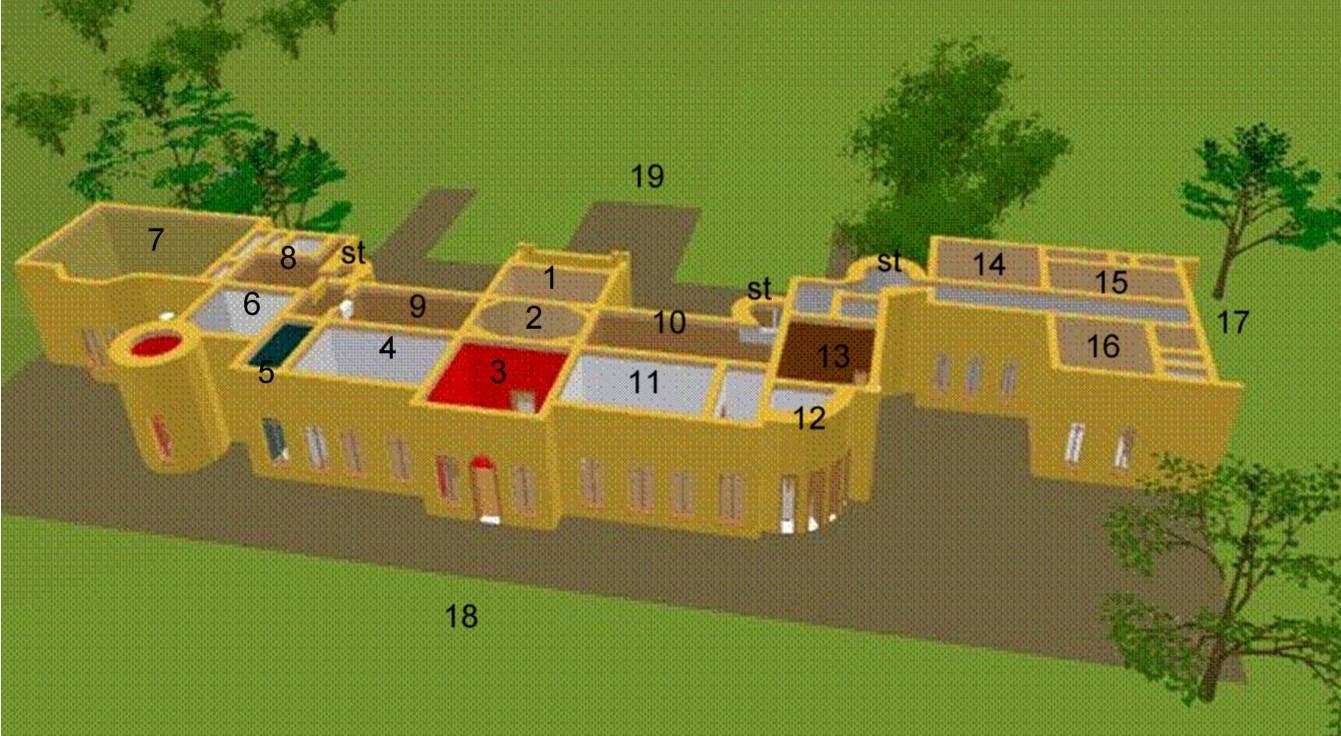 The gardens and landscape park were laid out by the French landscape architect Elie Lainé. An attempt was made to transplant full-grown trees by chloroforming their roots, to limit the shock. While this novel idea was unsuccessful, many very large trees were successfully transplanted, causing the grounds to be such a wonder of their day that, in 1890, Queen Victoria invited herself to view them.[7] The Queen was, however, more impressed by the electric lighting in the house than the wonders of the park. Fascinated by the invention she had not seen before, she is reported to have spent ten minutes switching a newly electrified 18th-century chandelier on and off.
When Baron Ferdinand died in 1898, the house passed to his sister Alice de Rothschild, who further developed the collections. Baron Ferdinand's collection of Renaissance works and a collection of arms were both bequeathed to the British Museum as the "Waddesdon Bequest". During World War II, children under the age of five were evacuated from London and lived at Waddesdon Manor. 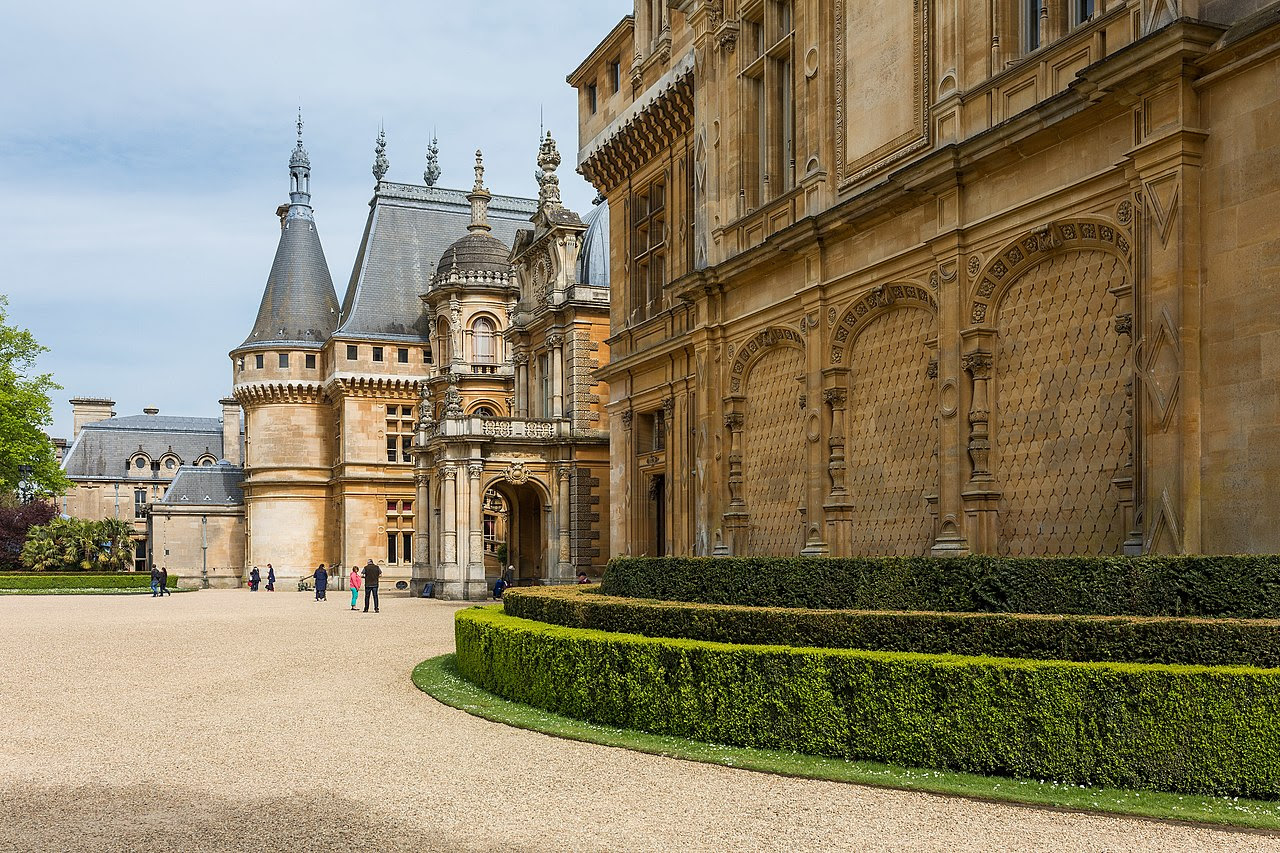 Following Alice de Rothschild's death in 1922, the property and collections passed to her great-nephew James A. "Jimmy" de Rothschild of the French branch of the family, who further enriched it with objects from the collections of his late father Baron Edmond James de Rothschild of Paris.
When James de Rothschild died in 1957, he bequeathed Waddesdon Manor, 200 acres (0.81 km2) of grounds and its contents to the National Trust, to be preserved for posterity. The Trust also received their largest ever endowment from him: £750,000 (£15,310,270 as of 2014).
A nearby ancillary property, The Pavilion at Eythrope, had been constructed for Alice de Rothschild by the architect George Devey. This became the home of James de Rothschild's widow, Dorothy de Rothschild, usually known as "Mrs James"; she took a very keen interest in Waddesdon for the remainder of her long life. Eythrope and the rest of the Waddesdon estate remain the property of her heir, the 4th Lord Rothschild. 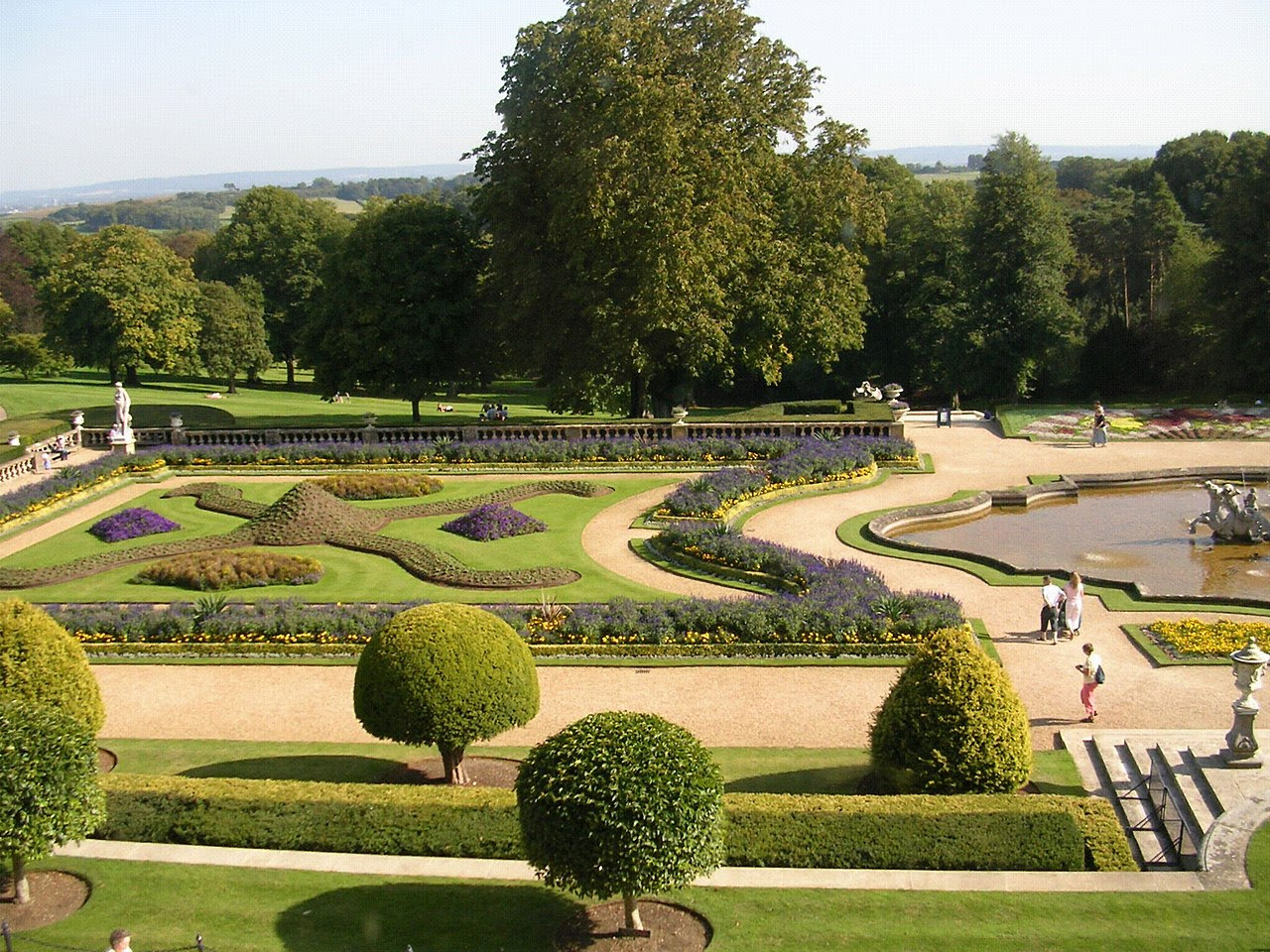 Jacob Rothschild, 4th Lord Rothschild, has recently been a major benefactor of Waddesdon Manor through The Alice Trust, aregistered charity headed by the Rothschild family. In an unprecedented arrangement, he was given authority by the National Trust in 1993 to run Waddesdon Manor as a semi-independent operation. The Trust has overseen a major restoration, and enhanced the visitor attractions. The Alice Trust has also acquired works of art to complement the existing collections at Waddesdon, such as Le Faiseur de Châteaux de Cartes by Jean-Baptiste-Siméon Chardin, added in 2007. In 2007–08 the charity had a gross income of over £13 million and assets of over £88 million.
In a burglary on 10 June 2003 by the Johnson Gang, approximately 100 priceless French gold snuff boxes and bejewelled trifles were stolen from the collection. None of them were recovered intact, though fragments of a few were found amid melted gold in the burnt wreckage of a motor vehicle close to the Manor. These irreplaceable artefacts, many encrusted withdiamonds, had belonged to, among others, Marie Antoinette and Madame de Pompadour.
A prominent feature in the contemporary garden is the sculpture Horse and Cart by one of the Young British Artists, Sarah Lucas; it depicts a life-sized Suffolk Punch draught horse pulling a cart filled with marrows. Angus Fairhurst also has a piece in the gardens.
In 2012, it was announced that Waddesdon Manor would be one of the sites for Jubilee Woodlands, designated by the Woodland Trust to commemorate Queen Elizabeth II's Diamond Jubilee.

Waddesdon Manor in film and television 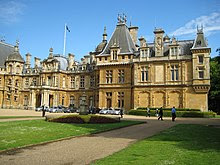 The North-West side of Waddeston
Several films have been shot at Waddesdon Manor, including the Carry On film Don't Lose Your Head, the Indian film Kabhi Khushi Kabhi Gham, Till We Meet Again [1] and The Queen, in which interiors and the gardens doubled for Buckingham Palace. Waddesdon Manor has been used in several television series. The house stood in for the exterior of the fictional Haxby Park in the second season of Downton Abbey (the interior was filmed at Halton House) when Mary and Sir Richard intend to marry and so look for a house in which they wish to live, and as Snow White's and Prince Wendell's castle in the TV mini-series The Tenth Kingdom. In the latter series, Computer-generated imagery was used to make Waddeston look larger. It was used as the O'Connell family's home in the film The Mummy: Tomb of the Dragon Emperor, and as the front part of the 'Hotel du Triomphe' in Sherlock Holmes: A Game of Shadows.
Pubblicato da Richard Oakgreat a 18:09 2 commenti:

Welcome to Incredible Crete-Greece
Nature has given its best gifts to the Cretan landscape. Natural monuments are standing here, chiselled by the passage of time, narrating centuries-old stories. 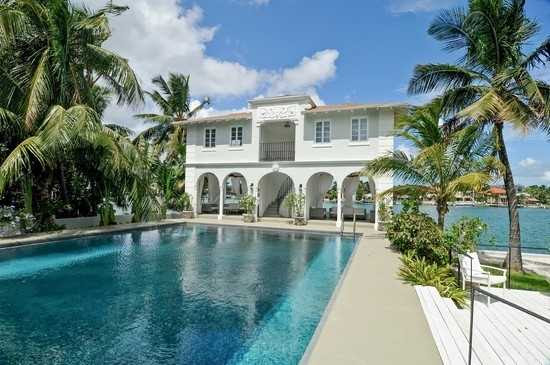 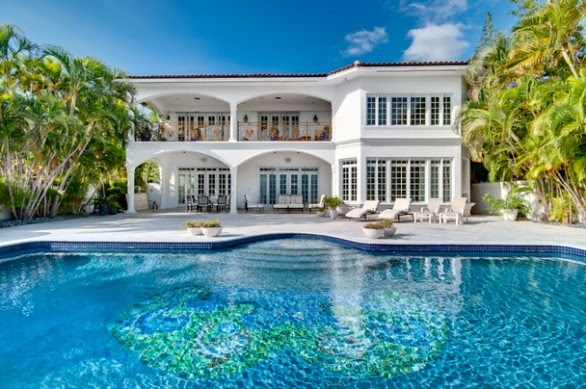